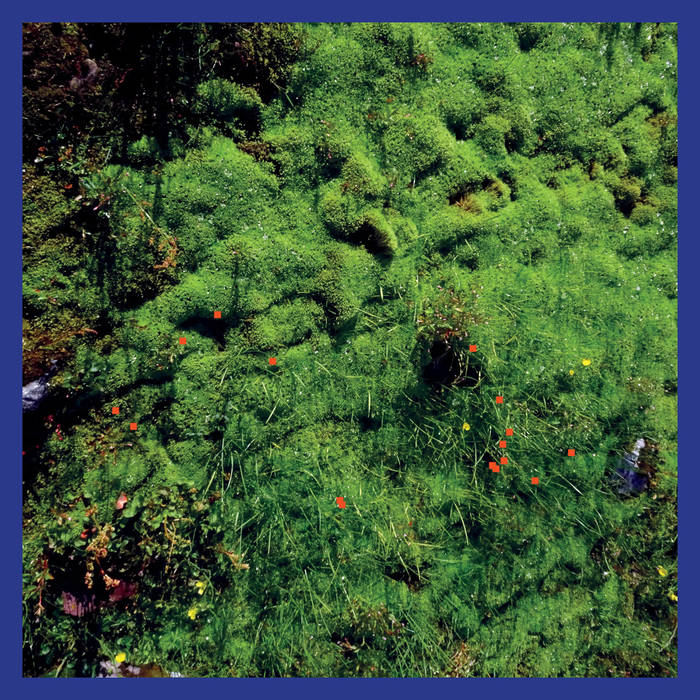 “Mt. Hadamard National Park” is the Hallow Ground debut by composer, programmer, and instrument designer Matthias Puech. Informed by mathematical and artistic approaches that aim to both contemplate on and control complexity, the eponymous five-part composition explores natural and mystical forces through what he calls “audio-naturalist noise”. The composition is complemented by two further pieces that follow similar concepts: “Suspension” emulates the chemical phenomenon of the same name, while “Imperceptible Life” hinges on the musical possibilities of stridulation. Over the course of the entire album, Puech’s singular take on electro-acoustic and electronic music creates unique sonic spaces as much as it pays its dues to the unpredictability of the world that we inhabit.

Jacques Hadamard was a pioneer among physicists and mathematicians who, in the early 20th century, were puzzled by processes that are deterministic but hard to predict. Puech points to the most well-known example for this: “The rules of fluid dynamics that govern air flow are well known, yet paradoxically even with today’s computing power it is very hard to accurately predict the weather.” While researching the mathematics and history of Chaos theory, Puech also felt drawn to an artistic movement from the mid-19th century in North America, the so-called Hudson River school of painting. “These romantics were painting larger-than-life scenes of American wilderness, often depicting marvelous but unwelcoming beauty along with tumultuous weather, exaggerating their grandeur,” he explains. He also emphasizes that the rise of the art movement coincided with the gradual taming of the sites that it chose as its source of inspiration and subject. Only a few decades later, national parks were created. They were meant to preserve these natural landscapes, but paradoxically artificially circumscribed their wilderness.

Fascinated by both attempts to contemplate on and control complexity either through mathematical concepts or by interfering with the concrete natural order directly, Puech wondered what would happen if those were to meet: “What if Hadamard, climbing uncharted lands, was to discover not a mathematical object, but a land that he could name after him?” “Mt. Hadamard National Park” offers thus in Puech’s words “an audio-naturalist noise meandering through an invented space that is subject to the arbitrariness of natural and mystical forces.” The sounds, arranged in sweeping and tense dynamics, serve as multiple agents within a complex system. The synthetic flora and fauna created through the use of the composer-performer’s instruments feels uncannily familiar or even disturbingly hostile at times. “Mt. Hadamard National Park” is an artistic expression of natural phenomena, but also a meditation on the imprint those leave on the psyche of the people who encounter them.

The short piece “Suspension” picks up on a similar idea. “In chemistry, a suspension is a mixture of small solid particles inside a liquid,” explains Puech “At first they will be wandering around in the liquid randomly, giving the impression of homogeneity; over time they will slowly sink to the bottom, leaving the liquid seemingly pure.”. This process is mirrored in aquatic yet tangible sounds as well as dynamics that slowly converge towards density before the composition ends on a quiet note. The 14-minute-long “Imperceptible Life” is based on a 2019 live performance first conceived as a full-scale test drive of some new electronic equipment Puech was designing at that time. It explores the musical potential of stridulation, the act of creating sounds by rubbing together certain body parts—in the insect world, a common means of communication. Again, Puech’s approach is neither purely naturalistic nor only mimetic. Rather, “Imperceptible Life” offers yet another artistic reflection on the theme of chaos and order, and how human perception and emotion relate to it.

As a whole, “Mt. Hadamard National Park” thus not merely mirrors natural phenomena but transforms them in ways that are emotionally evocative: the complexity and apparent arbitrariness of Puech’s compositions reveal an underlying beauty that is equal parts haunting and comforting.