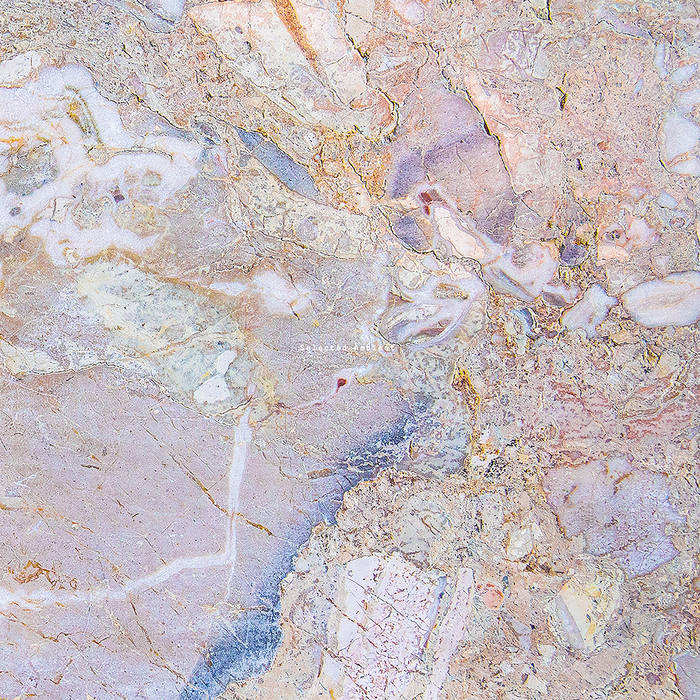 On the LP Selected Ambient, Martina Lussi brings together a collection of sound material from her practice to date. The material oscillates between electroacoustic composition, sound art, and live performance. The pieces are named after precious gemstones, all of which are traditionally ascribed with special powers. In using these names, the artist seems to refer to the esoteric roots of the genre invoked by the LP’s title. The compositions, however, resist the genre’s characteristically naïve re-enchantment of the world and distrust holistic esotericism’s promise of healing and restoration. Instead, they are defined much more by an interest in affective uncertainties. The gemstones don’t speak, and they don’t convey the mythical forces ascribed to them—rather, they rest in their own materiality. They don’t want to affect or influence—they simply want to exist as witnesses of/to the ultimately incommensurable reality that lives beyond our own horizon.

“Sodalith” is characterized by a melancholy sensibility; the piece is carried by a boundless synthetic surface over which a guitar melody swirls. At first, “Citrin” seems to want to unravel into orbiting, meditative qualities, but in the second part, the mood collects in the peculiarity somewhere between sustained calm and frequently disrupted rave euphoria. “Achat,” which borrows most clearly from the electroacoustic tradition, develops relatively late and unexpectedly into a subtle techno track that then repeatedly interrupts the very momentum it has engendered. Lastly, “Opal,” which was originally written for Lussi’s installation “Composition for a Circle,” writhes in seemingly stochastic contortions that lightly shake the centripetal dynamic of the piece.

In these four compositions as in other works, Lussi creates a sound world in which circling correlations raise more questions than they answer—in contrast to esotericism, which insists on imbuing its material with meaning. Lussi therefore facilitates a listening experience that refers to ambient at its best and most radical: her music represents neither a dissolution of the self in complete uncertainty nor a contemplative internal landscape, but rather a tremulous hovering over the border between the two.

Martina Lussi lives and works in Lucerne. She holds a Master of Arts in Contemporary Arts Practice. In 2014, Lussi’s debut EP, “Komposition O08”, was released on Präsens Editionen. Lussi has performed work between the disciplines of sound art and music performance at places like LUFF (Lausanne Underground Filmfestival) or the festival Oto Nove Swiss at London’s Cafe Oto.