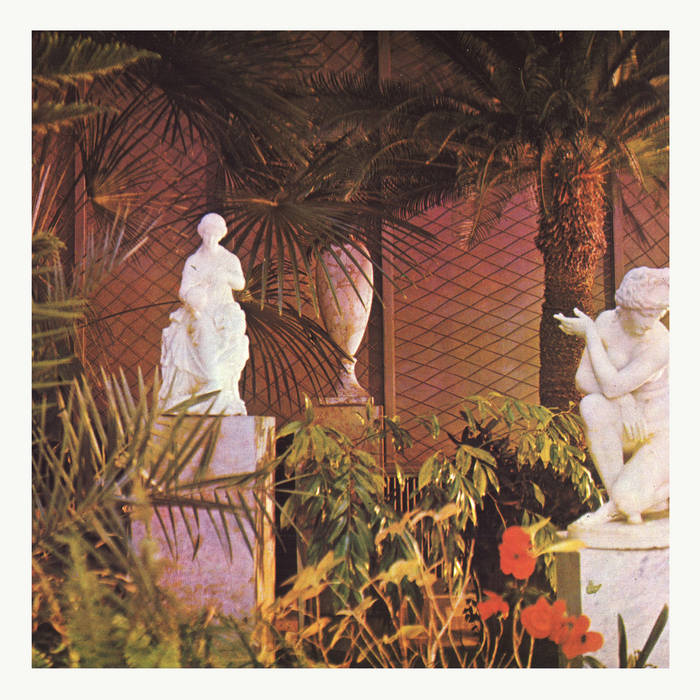 ”Let us unfold the animal outward: the bronchia will become a thick foliage, keeping its respiratory function, but in reverse, naturally (CO2 absorption), reversed also concerning color, from the tint of calves’ lungs to its complementary cabbage green. The digestive system will become roots, maintaining its role of drawing in nourishment from the outside environment. […] for each animal form there exists a corresponding vegetal form. The man who would find his vegetal negative and unite with it would restore the integrity of the cosmos.”

Vegetal Negatives is a game of sonic mutations, mimicry, inversions, and association inspired by a text called "On pataphotograms", by the French writer René Daumal – a quasi-metaphysical essay that toys with breaking the conceived separateness of natural forms through poetic imagination.

Marja Ahti (b. 1981) is a Swedish-born artist living and working in Turku, Finland. She has been an active part of the Finnish experimental music scene for more than ten years. Now arriving at her debut LP under her own name, Ahti explores a new formal language and sonic palette that ventures far from the path of her earlier work.

The four electroacoustic compositions on the album combine and arrange field recordings, electronic feedback, Buchla and ARP synthesizers, bowl gong and harmonium, textures of detailed acoustic sound, and sustained tones with gentle microtonal beating into a precise musical narrative. She juxtaposes recordings of rooms and empty vessels, natural and artificial climates, spontaneous and staged events. Ahti draws upon Annea Lockwood's ideas about associative movements between sounds based on shared characteristics and sonic energy. Her approach to field recordings is neither diaristic, documentaristic, nor purely acousmatic, but rather it starts out from somewhere in between these notions: the sounds hover between abstraction and the deeply familiar, moving into a realm of poetic metaphor where they are set in relation to each other, fleetingly mirroring or shadow-dancing. Acoustic environments mutate into synthetically derived shadow forms.

The opening track, "Coastal Inversion”, moves from a seemingly familiar seascape into an ocean of wavelike synthetic staccato patterns, turning itself inside-out on the shore, before diving back into a sea of resonance. ”Rooftop gardens” arranges a series of largely unprocessed field recordings into a dream-logic sequence of upward movement towards the clouds. On the other side, ”Symbiogenesis” brews a slow evolution of wet, airy and earthy sounds and resonant friction. The closing track, ”Chora”, imagines a meditative space of breath: filter resonance posing as organ pipes against a backdrop of breezy industrial hoovers merges halfway with a harmonium improvisation that foregrounds the frictions of the wooden instrument itself, just before filtering out into resonant harmony.