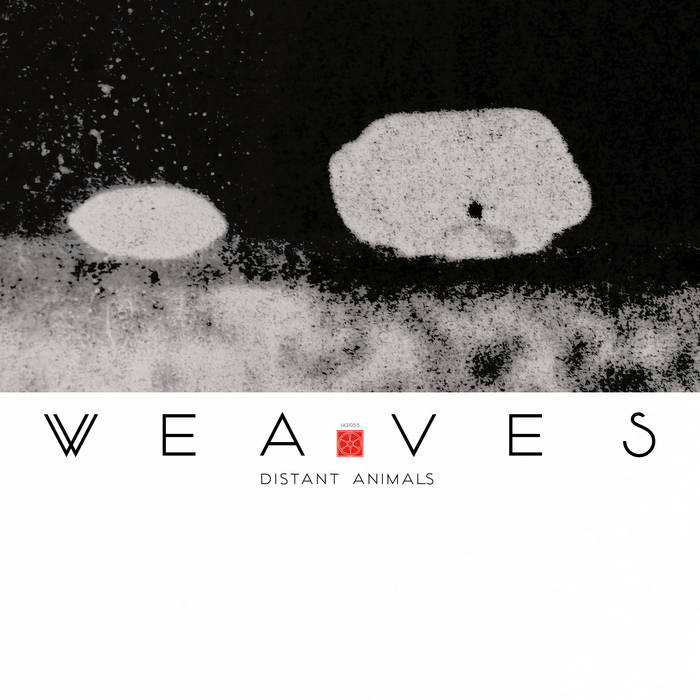 With ‘Weaves’ Distant Animals further explores his study of text as a method of scoring for the modular synthesiser. Continuing a trilogy that began with 2018’s ‘Lines’, Distant Animals new work ‘Weaves’ is the artists second album for Hallow Ground, and marks a movement away from the formers ‘pure’ drone to a more rhythmic form of timbral composition. Inspired by the writing of anthropologist Tim Ingold, the work is orientated by a single atonal rhythmic sequence transposed across several voices, blending crashing bells, strums, and blocks with waves of swelling granular synthesis, until eventually descending into a wash of cavernous field-recordings. Over its 33 minute length, the album invokes avant-garde compositional strategies to create an emergent and increasingly hostile sound-world that reflects the works underlying concept.

As a researcher and academic exploring the ‘social-function’ of art-making, Distant Animals music posits that creativity, rather than being the domain of ’specialist ‘artists’, is a facet of everyday life. As such, ‘Weaves’, and the score upon which it is based, promotes a method of semi-aleatoric composition in which each moment re-contextualises those that precede it, affording radically different interpretations of its materials as it progresses, though rarely straying from the same fundamental sound world. Art, as with life, is comprised of an endless stream of minute creative decisions that together form the basis of human experience.

Completing the ‘A Process of a Line-making’ trilogy, the album is accompanied by a third instalment, ‘Threads’. Available exclusively as a limited run cassette, ‘Threads’ further incorporates the social into the compositional narrative. Like ‘Lines’ and ‘Weaves’, it is based upon the modular synthesiser, but here frames it with field-recordings, harmonium, feedback, and percussion, each voice reflecting different aspects of modern communal life. Drawing upon drum machines and plundered folk songs, alongside recordings of the composers scored walks across the beaches of Southern England, ‘Threads’ concludes its trilogy in a playful, yet haunting fashion that seeks to sonify the socio-political research upon which it is based.