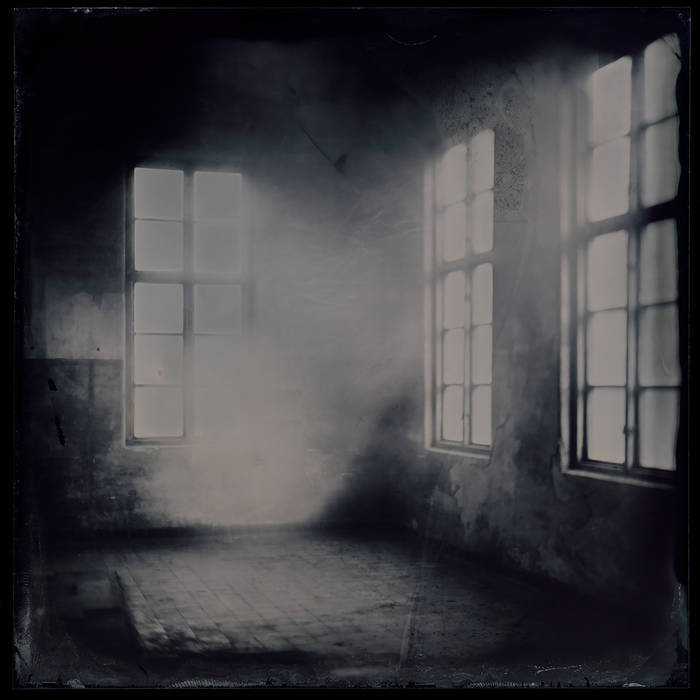 Curt Lundberg this is a really great record!

On »Empty Room,« David Granström works with slow transformations, cyclical and isometric patterns as well as just intonation as a way to create harmonic stability, allowing his long-form pieces to develop their own unique temporal and spatial qualities. A prolific figure in Stockholm’s experimental drone scene and a collaborator of Hallow Ground label mates Maria W Horn and Mats Erlandsson, the Swedish composer navigates through moments of quietude and crushing volume on these five tracks. Sonically and atmospherically, the pieces on »Empty Room« simultaneously call to mind Fennesz’s most meditative work or the physical experience of seeing Sunn O))) live, blending guitar recordings and synthesised sounds with forceful effects similar to those of Mario Díaz de Leon’s Oneirogen project while still being as moving and delicate as Alessandro Cortini’s solo work. The album is marked by melodies and harmonies that are the product of a peculiar working process that turned the composer into an intent listener collaborating with, rather than simply using technology.

Having been invited by the self-organising artist group The Non Existent Center for a residency to Ställbergs Gruva, a defunct iron ore mine in Sweden’s Bergslagen region, Granström took his guitar as a starting point for his compositional work that heavily relies on real-time sound synthesis. »I seldomly use the instrument as a sound source in the final compositions and rather transcribe and orchestrate the harmonic structures using sound synthesis,« he explains. »On this album however, I chose to include the actual recordings of the guitar in order to extend the spectra between non-referential synthetic sounds and embodied referential sounds.« Working with precise tunings in order to blend the timbre of the synthesis with the harmonic structures of the composition, he created composite sound objects in which the harmonic elements blend into each other.

Through the re-amplification of synthetic musical materials from the inside of the abandoned mine, his original compositions were enriched with site-specific sound qualities before he further refined them in a singular working process. Granström works with algorithmic and generative processes, using the SuperCollider programming environment and thus blurring the lines between generative and creative forms of composition. »One of the things that I like about this way of working is that it creates a distance between myself as a composer and myself as a listener of the music that is produced entirely by the system,« he says. Granström’s technologically aided eschewing of the conventions of composing doesn’t make the end result any less personal, however. By listening again and again to the newly generated output, Granström simply took on a different role in the process of finalising the music, with the technology and the sounds becoming his co-authors.

By creating systems that generate music, he gains a new perspective on (musical) time, says Granström. »There doesn't have to be a fixed length to the music at all,« he explains. »And by writing music with this in mind, my focus tends to shift towards writing cyclical structures that gradually change and transform over time.« Simple parts, in other words, that emerge as the five complex wholes that form »Empty Room,« a record that itself seems to take on different forms with every new listen.